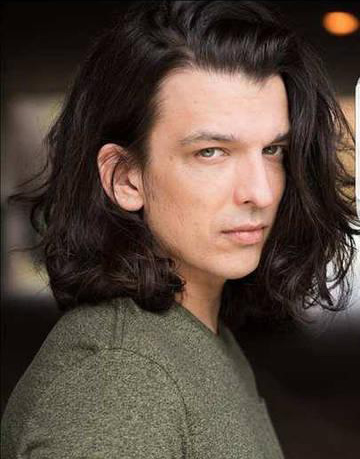 Finding success in the music business or any of the performing arts has to be the ultimate career challenge. Once, when an interviewer asked singer Glen Campbell about his overnight success he responded with, “My overnight success took about 1O years.” Buddy Holly and fellow band member Jerry Allison, of Holly’s backing group the Crickets,use to dream of musical stardom back in their home town of Lubbock,Texas. These guys thought if they could just put a record out and have it played on the radio,they would be in the money.

Holly and Allison found some success but in all actuality,their careers were an uphill climb. Buddy Holly and the Crickets never sold that well during Holly’s lifetime and the reason Buddy Holly was on that infamous Winter Dance Party tour that took his life in a plane crash was because he badly needed the money.

Thanks to many of the early musical innovators who plowed the way,a young singer such as Sherman native Kevin Forrest Clark has something of a clearer path to a reasonably successful career as a performer. That’s not to sayit is an easy gig, but the path is marked a little better these days.A truly determined soul, not afraid to apply some “elbow grease,” stands a pretty good chance.

Clark has already spent a few years out in Los Angeles,California,”paying dues.”

“I have been appearing in plays and indie films,” Clark said. “Ialso studied sound production and then film production at the Los Angeles Film School. After acouple of years performing with my indie band Ambiturner, out in the Los Angeles area,I began vocal training with mulli­ platinum producer Stevie Bensusen.Acting and live performance were placed on hold as Stevie and I experimented with my musical direction and searched for the right songs for me to cover.” Clark said the pair shot three music videos for cover songs and posted them to YouTube.

‘The trial balloon response was encouraging and Stevie and I began cowriting some originals,” Clark said. “By December,we were in the recording studio with this original material.”

Those songs, all composed by Clark and Bensusen,are about to be released as an EP, which is an extended play recording, simply tilled “Kevin Forrest Clark.”

“We arevery excited about my debut EP,” Clark said.”The sound is a blend of my Texas country roots and the artistic influences that led to this production. We call our sound ‘funktry.”‘

When asked about those artistic influences, Clark listed a variety of performers.

“My Texas influences on this album are mainly Stevie Ray Vaughan and the Steve Miller Band,” Clark said. “Iam also a fan of Pat Green and Cross Canadian Ragweed. I have to include Johnny Winter,ZZ Top,Janis Joplin and George Jones and Tammy Wynette.”

However, Clark said beyond those famous musicians, there are some other important influences on his career path.

VERSE:
Big thing in a small package
Saw you and I had to have it
Girl, you so tall in stature
You’ve got just what I’m after
Girls under five get a bad rap
I’m not the one saying that
Baby, don’t you fret about being petite
Girls like you always bringing heat.
CHORUS:
She’s five foot feisty
Yeah she fits nicely in my life
She puts that thing on me
She’s five foot feisty
Barefoot she’s tiny
Damn, that girl got a hold on me
VERSE:
Always fightin’ for one more inch
Lemme say just what I think
Being sexy is any size
Reppin’ that short girl pride
Come out them heels– you need to
Stand up, you know I see you
Tall girls who want to be you
Show love, it’s time you need to